Article 17 of Indian Constitution seeks to abolish ‘untouchability’ and to forbid all such practices. It is basically a “statement of principle” that needs to be made operational with the ostensible objective to remove humiliation and multifaceted harassments meted to the Dalits and to ensure their fundamental and socio-economic, political, and cultural rights. 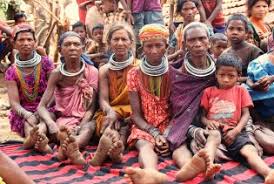 This is to free Indian society from blind and irrational adherence to traditional beliefs and to establish a bias free society. For that, Untouchability (Offences) Act 1955 was enacted. However, lacunae and loopholes impelled the government to project a major overhaul of this legal instrument. From 1976 onwards the Act was revamped as the Protection of Civil Rights Act. Despite various measures adopted to improve the socio-economic conditions of the SCs and STs they remain vulnerable and are subject to various offences, indignities and humiliations and harassment. When they assert their rights and against the practice of Untouchability against them the vested interest try to cow them down and terrorize them. Atrocities against the SCs and STs, still continued.

Thus objectives of the Act clearly emphasize the intention of the Government to deliver justice to these communities through proactive efforts to enable them to live in society with dignity and self-esteem and without fear or violence or suppression from the dominant castes. The practice of untouchability, in its overt and covert form was made a cognizable and non compoundable offence, and strict punishment is provided for any such offence.

The SCs and STs (Prevention of Atrocities) Act, 1989 with stringent provisions (which extends to whole of India except the State of Jammu & Kasmhir) was enacted on 9 September 1989. Section 23(1) of the Act authorises the Central Government to frame rules for carrying out the purpose of the Act. Drawing power from this section, the Scheduled Castes and the Scheduled Tribes (Prevention of Atrocities) Rules of 1995 were framed. The rules for the Act were notified on 31 March 1995.

The basic objective and purpose of this more comprehensive and more punitive piece of legislation was sharply enunciated when the Bill was introduced in the Lok Sabha:

“Despite various measures to improve the socio-economic conditions of the SCs and STs, they remain vulnerable… They have, in several brutal incidents, been deprived of their life and property… Because of the awareness created… through spread of education, etc., when they assert their rights and resist practices of untouchability against them or demand statutory minimum wages or refuse to do any bonded and forced labour, the vested interests try to cow them down and terrorise them. When the SCs and STs try to preserve their self-respect or honour of their women, they become irritants for the dominant and the mighty… Under the circumstances, the existing laws like the Protection of Civil Rights Act 1955 and the normal provisions of the Indian Penal Code have been found to be inadequate to check and deter crimes against them committed by non-SCs and non-STs… It is considered necessary that not only the term ‘atrocity’ should be defined, but also stringent measures should be introduced to provide for higher punishment for committing such atrocities. It is also proposed to enjoin on the States and Union Territories to take specific preventive and punitive measures to protect SCs and STs from being victimized and, where atrocities are committed, to provide adequate relief and assistance to rehabilitate them.”

The objectives of the Act, therefore, very clearly emphasise the intention of the Indian state to deliver justice to SC/ST communities through affirmative action in order to enable them to live in society with dignity and self-esteem and without fear, violence or suppression from the dominant castes.

Creation of new types of offences not in the Indian Penal Code (IPC) or in the Protection of Civil Rights Act 1955 (PCRA).

For speedy trial, Section 14 of the Act provides for a Court of Session to be a Special Court to try offences under this Act in each district. Rule 13(i) mandates that the judge in a special court be sensitive with right aptitude and understanding of the problems of the SCs and STs.

However, that is seldom the case. Most states have declared a court as a ‘special court’. The hitch is that they are designated courts (as opposed to exclusive special courts) and so have to hear many other cases too. Consequently, at any time about 80% of the cases are pending, defeating the very purpose of having special courts in the first place.

Special Court Justice Ramaswamy observed in the case of State of Karnataka v. Ingale that more than seventy-five percent of the cases brought under the SC/ST Act end in acquittal at all levels. The situation has not improved much since 1992 according to the figures given by the 2002 Annual Report dealing with SC/ST Act (of the Ministry of Social Justice and Empowerment) Of the total cases filed in 2002 only 21.72% were disposed of, and, of those, a mere 2.31% ended in conviction. The number of acquittals is 6 times more than the number of convictions and more than 70 percent of the cases are still pending.

Inaugurating a two-day annual conference of State Ministers of Welfare/Social Justice, 8 Sept 2009, Prime Minister Singh expressed ‘shock’ that the conviction rate of cases of atrocities against the SC/STs is less than 30% against the average of 42% for all cognisable offences under the Indian Penal Code.  And in rape cases the conviction rate is just 2%.