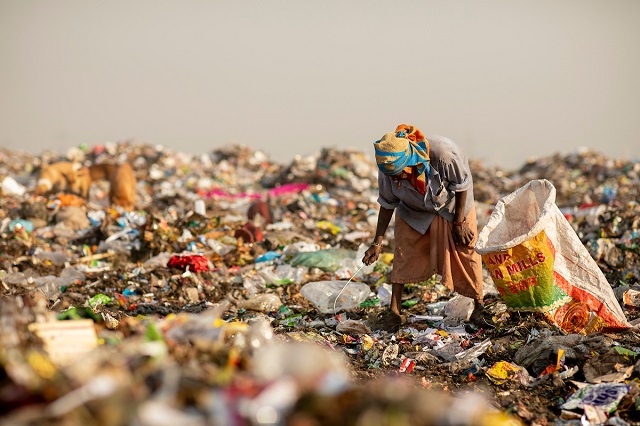 It is estimated that India generates 65 million tonnes of waste each year and is home to more than 4 million waste pickers.  Predominantly women, this army of waste pickers or Safai Saathis is the backbone of traditional waste management in most Indian cities.

Despite this, Safai Saathis have not found their legitimate space in India’s development discourse.  When the government announced measures during the pandemic to support frontline workers, the waste picker community remained conspicuous by its absence.  This is particularly disheartening as they continue to collect and sort through rising mounds of potentially dangerous waste including masks, hazmat suits, and plastic face-shields.

Ragpickers actually complement the work of civic bodies, Shashi Bhushan Pandit, who runs the All India Kabadi Mazdoor Mahasangh.  According to the law under which a municipality is set up, it places dustbins according to the size of the population.  It is assumed that the generator of the waste will drop it in the bin. After that, it is the responsibility of the municipality to collect it from there (the transfer station) and treat it at the landfill.  However, it is not the responsibility of the municipality to pick up the garbage from the source. That’s why the informal sector has filled this gap.