Mineral wealth of MP, and ranking in mineral:-

is the only state of the country producing diamond in the country. Madhya

Pradesh stands first in production of Copper Ore and Pyrophyllite. It is second

largest producer of Rock phosphate, manganese ore, Diaspore, Slate. While stands third in producing the Limestone, Shale and Manganese Ore. Around 23 major and minor minerals are being mined in the state. In industrial and economic development of the nation/state minerals resources play an important role as these serve as inputs to many industries.

Mineral Inventory of districts of Balaghat, Sagar, Indore, and Bhopal will be

taken up. It is proposed to be taking up exploration programme to carry out

Dhar and Neemuch. Potential area under Dolamite in the districts of Seoni and

Balaghat is proposed to be developed during the XII Five Year Plan period. The 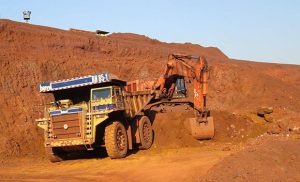 districts of Sidhi, Khargone, Chattarpur, Sagar and Mandsaur. The state is leading in production of Laterite. It is common, that Bauxite is found in association with Laterite. Thus there is every possibility of locating progressing area during the mineral survey. To curb illegal mining and transportation, department has planned to set up

minerals are mined and transported.Department will promote mineral based industries and open up new vistas of employment to improve socio economic conditions especially of people residing in mining area.