The economic liberalization in India , initiated in 1991, of the country’s economic policies, with the goal of making the economy more market and service-oriented and expanding the role of private and foreign investment. Specific changes include a reduction in import tariffs, deregulation of markets, reduction of taxes, and greater foreign investment. Liberalization has been credited by its proponents for the high economic growth recorded by the country in the 1990s and 2000s. And it has positive impact on the state of Madhya Pradesh as seen from the following data,

Madhya Pradesh which was included in the BIMARU states(Bihar , Madhya Pradesh Rajasthan and Uttar Pradesh) has performed reasonably well.  Madhya Pradesh  which had grown more slowly than the average in the 1980s, accelerated significantly in the 1990s.

The Fiscal Responsibility and Budget Management Act, 2005 mandates a fiscal deficit ceiling of 3.5% of GSDP. Primary deficit is targeted at Rs 14,148 crore (1.9% of GSDP).

Allocations to the departments of Urban Administration and Development, School Education and Rural  Development increased by 22%, 10% and 7% respectively, over the revised estimates of 2016-17. However, allocation to the Department of Energy has decreased by 21%.

Tax Revenue: Among all sources of Tax revenue, sales tax is the largest component. Sales tax is levied on the sale of goods in the state is expected to generate Rs 25,910 crore (52% of tax revenue).

The state is expected to generate Rs 8,600 crore (17%) through levy of state excise duty on the production of various forms of alcohol.

In addition, revenue will be generated through stamp duties, registration charges on real estate transactions, electricity duties, among others.

Deficits Debts and Targets of Madhya Pradesh for 2017-18

Revenue deficit: It is the excess of revenue expenditure over revenue receipts. A revenue deficit implies that the recurring receipts of the government are unable to cover its recurring expenditures. The revenue surplus is expected at Rs 4,596 crore (or 0.63% of state GDP) in 2017-18. This is better than the target of eliminating revenue deficit prescribed by the state’s FRBM Act and by the 14th Finance Commission.

Fiscal deficit: It is the excess of total expenditure over total receipts. This gap is filled by borrowings by the government, and leads to an increase in total liabilities of the government. In 2016-17, fiscal deficit increased from the budgeted target of Rs 24,914 crore to Rs 29,899 crore (4.63% of GSDP). This increase includes Rs 7,361 crore taken up as market borrowings on account of the UDAY scheme. The revised estimate in 2016-17 exceeded the 3.0% limit under the 14th Finance Commission, and the 3.5% limit under the FRBM Act. In 2017-18, fiscal deficit is estimated at Rs 25,689 crore (3.49% of GSDP). 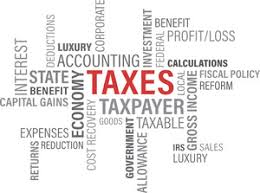 Entertainment Tax: Currently a 5 year tax holiday is available to land owners of cinemas and multiplexes. This is proposed to be extended to lease holders.

GST’s benefits to  Less developed states like Madhya Pradesh  get a lift as the current 2% inter-state levy means production is kept within a state. Under the GST national market, this can be dispersed, creating opportunities for others. Investment boost as for many capital goods, input tax credit is not available.

So overall GST has a positive impact on the state of Madhya Pradesh as it will increase the revenue of the state.