Madhya Pradesh with total area of 308, 252 square kilometer has vast network of transport like railways , road, and aviation etc.

Bus and train services cover most of Madhya Pradesh. The 99,043-kilometre-long (61,542 mi) road network of the state includes 20 National Highways including National Highway No. 3,  7, 12, 12A etc. The state has five major air terminals that helps greatly in the air connectivity.

It  began from year 1903, with the introduction of Delhi-Chennai rail route through the state and Bhopal Junction  railway station of Bhopal  emerged as the major rail junction on this route. Since independence, the state has got a good rail connectivity with major railway zone called West Central Railway.

The major zone of the state is West Central Railways , whose headquarters are at Jabalpur. The zone together operates more than 30+ daily super express and passenger trains.

A 4,948-kilometre-long (3,075 mi) rail network criss-crosses the state , with Jabalpur serving as headquarters for the West Central Railway Zone of the Indian Railways. The Central Railway and the Western Railway also cover parts of the state. Most of the western Madhya Pradesh comes under Ratlam Rail Division of Western Railways, including cities like Indore, Ujjain, Mandsaur, Khandwa, Neemuch and Bairagarh in Bhopal. The state has a total of 20 major railway junctions.

Some important National Highways from the state

National Highway No. 7       Varanasi to Kanyakumari

National Highway No. 12     Jabalpur to Jaipur

National Highway No. 12A   Jhansi to Raipur etc.

The major inter-state bus terminals are located in Bhopal, Indore, Gwalior and Jabalpur. More than 2000 buses are conducted daily from these four cities. The intra-city transit systems mostly consist of buses, private autos and taxis.

The state does not have a coastline. Most of the sea trade happens through the Kandla  and Jawaharlal Nehru Port (Nhava Sheva) in the neighboring states, which are well-connected to MP by road and rail networks. 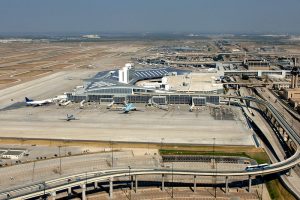 Madhya Pradesh Road Development Corporation Ltd. (MPRDC) is a government undertaking and aims to build, maintain and re-construct State Highway & Road network in close partnership with the Private Sector. Presently assigned the responsibility of working on 15 State Highway and District Road projects mainly under public – private partnership model as a successor of the Madhya Pradesh Rajya Setu Nirman Nigam Limited (MPRSNN). Many new projects are also in the pipeline for up-gradation of the existing highways as per ADB or Contract schemes.

Goods Transportation in the State

Goods transportation is majorly done through trucks across the state. For shorter distances, people opt for goods tempos, heavy capacity goods jeeps and sometimes even tractors. The road transportation of Madhya Pradesh may not be the best in the county, but the state is striving to improve every day. With new government policies and initiatives, there is hope that this central state of the country will soon be well connected through and through. With new roads coming up, the far off villages will soon find a place on the state map and the metros will become less congested.

A new waterways transportation has been proposed and would be started in  river Narmada in the state.

The waterways transportation will be started in a circumference of 100 km in Narmada river as about 30 per cent of state’s population lives on the banks of this river.

Details of the waterways has not been given yet.

River Narmada, which covers 1,000 km distance after originating from Amarkantak till its culmination in the Arabian Sea, is the heartline of the country and will be beneficial as waterways in the state. Narmada is life stream of culture. Many civilizations and cultures originated on the banks of the river.

Around 30 per cent population of Madhya Pradesh  resides on the banks of this river. It is the responsibility of all that we protect mother Narmada and make it free from pollution by its conservation for next generation.

Madhya Pradesh is a state that is very accessible from anywhere in the country because of its central location. It has a very good network of roads, railways and also the air transportation in Madhya Pradesh from all over the country is excellent. The State of MP boosts of an adequate air-connectivity with many airports present in the city and many more being in the pipeline. Madhya Pradesh connects all its important cities with the rest of the country and even the far away villages are very accessible nowadays. All leading airlines in India like Jet Airways, Indigo, Air India, Spice Jet, Air Deccan, etc. offer their services connecting the state to other parts of the world. A new Intra-State Operator Ventura Airconnect has started services in the Madhya Pradesh providing safe, cost-effective & time-saving services in regions where air-connectivity is not otherwise available. At present it connects cities like Bhopal, Indore, Gwalior and Jabalpur and has further plans to connect other tourist destinations.This  state has five major terminals that help greatly with the air connectivity.

The Devi Ahilyabai Holkar Airport at Indore is the busiest airport in Madhya Pradesh.

Besides these minor strips are located at Sagar , Ratlam , Mandsaur , Ujjain , Khandwa , Rewa , Shivpuri  and Satna.

The state of Madhya Pradesh is well connected road, rail & air thus making it an easily accessible tourist destination. One can easily move around the city or state by means of private vehicles like scooters, motor-cycles or car, but a wide range of options are also available if you need to travel by public transport. Buses, auto rickshaws, shared tempos, cycle rickshaws, taxis, etc. are the major means of local transportation in the state. Today one can see a number of cars, mopeds, bikes, scooters, etc. running on the roads. One can avail pre-paid Taxis & autos or book cabs at a fixed rate, depending upon the distance travelled. For sightseeing, one can book rental cars and bus services. To travel within the city auto-rickshaws, shared tempos & cycle rickshaws provide a convenient, easily available and affordable transportation option. One should keep in mind that charges during the night maybe a little more than day time charges. It is always good to take the advice of local people on the most suitable option to travel to any particular place and about the local routes and short-cuts.

Gas Pipelines of the state

HVJ an abbreviation for Hazira-Vijaipur-Jagdishpur is India’s first cross country gas pipeline. This pipeline passes from the state of Madhya Pradesh and is an important gas pipeline of the country.  The project was started in 1986 after the incorporation of GAIL (India) Limited to supply gas to the fertilizer plants located in the state of Uttar Pradesh. The first phase of the project consisting of non-branched 1,750 kilometer grid was commissioned in 1997. Later on the system was expanded with additional branches to supply gas for industrial and domestic use in the states of Rajasthan, Haryana and NCT, which increased the total grid length to 3,474 km.