The state of Madhya Pradesh is one of the Empowered Action Group states of the National Health Mission. These states have struggled to contain population growth at manageable levels and have poorer quality of life indicators than other states. The central government has released significant funds to address issues such as human resources, social challenges, and family planning for these states. Madhya Pradesh struggles with health problems that contribute to high maternal and child mortality rates. These problems include anemia, malnutrition among adults and children, early childhood illnesses, and several infectious diseases (NFHS-3, 2006). The state health infrastructure and human resources do not measure up against the standard guidelines (National Health Mission, 2015).Our study was conducted in the districts of Panna and Satna, which have among the poorest indicators for maternal and child health in the state. 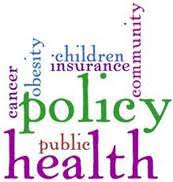 According to the Eighth Common Review Mission Report of the National Health Mission, the major challenges for the state have been large gaps in healthcare infrastructure, lack of timely transportation for maternal care, and weak referral linkages to the district level. At the subdistrict level, lack of specialists and of blood storage units create challenges for maternal care. Guidelines for maternal and child care exist but are not followed or are not updated. Many of the nutrition rehabilitation centers for undernourished mothers and children at the subdistrict level are nonfunctional (NRHM, 2014.

Access to and affordability of care are challenges for Madhya Pradesh. The seventy first round of the National Sample Survey found that the average out of pocket hospital expenditure in Madhya Pradesh of 24,085 Indian rupees (approximately 360 US dollars) is higher than the national average of eighteen thousand Indian rupees (approximately 268 dollars). These expenditures in Madhya Pradesh are also higher than they are in states where care is dominated by the private sector, such as Andhra Pradesh, Tamil Nadu, and Karnataka, and most of the country. Out of pocket expenditures are higher in Madhya Pradesh despite a nearly equal balance between public and private facilities (NSSO, 2014).

Like the rest of the country, the state of Madhya Pradesh has also tended to focus more on selective vertical programmes aimed at specific diseases, rather than comprehensive health care at the Primary level. The state has focused on Reproductive and Child Health and other National Programmes aimed at controlling TB, Blindness, Malaria etc. However, there is a growing realization at the national as well as state level, that such an approach, though successful in terms of specific diseases such as Polio and Leprosy, has not yielded desired results in many cases. It has also kept the community involvement away from health care. The National Rural Health Mission aims at integrating the vertical programmes and providing horizontal linkages that will strengthen the health delivery system and lead to greater involvement of the community. The state of Madhya Pradesh is also moving in a similar direction.

Health care delivery options are available in the public sector as well as the private sector. These include allopathic, Indian system of medicine (Ayurvedic, Unani) and Homeopathy. However, Allopathy is the dominant system in both public and private sectors.

The health care delivery system in rural areas is based on a network of 8835 sub health centres, 1194 private health centres and 227 community health centres. These have been set up in accordance with GoI policy/guidelines:

Sub Health Centre (SHC): staffed by a MPW (male) and a MPW(female)/ANM, the SHC is envisaged to cater to a population of 5000 (3000 in hilly areas), provide limited primary care and act as a stock point for basic medical and family welfare supplies. In MP, a population of 5000 could be scattered across 6 villages. There is minimal curative service at the SHC.

Primary Health Centre (PHC): is envisaged to have a qualified medical officer, cater to a population of 30,000 (20,000 in hilly areas), provide in patient services (6 beds) and act as a referral unit for 6 SHCs

In urban areas there are 48 district and 57 civil hospitals, which are also expected to act as referral centres for CHCs. In addition, there are specialized hospitals (TB, leprosy, mental) as well as hospitals attached to medical colleges.

Tertiary health care is provided almost exclusively by specialist and medical school teaching hospitals and by the district and civil hospitals in the larger cities.

The Department of Public Health and Family Welfare, Government of Madhya Pradesh (GoMP) has taken a decision to develop a medium term health strategy, intended to serve the State for next five years.

The Department of Health and Family Welfare will:

Kindly review us to serve even better