Issues of Direct and Indirect Subsidy for farm sector and other social sectors.

Subsidies in Indian agriculture are of four types :

Output Subsidies Subsidization of agricultural sector through output pricing means that by a restrictive trade policy, the product prices in the domestic market are maintained at levels higher than those that would have prevailed in the absence of restrictions on trade. On the other hand, if the trade policies have resulted in keeping the domestic prices lower than the corresponding border reference price, the policies have taxed the agricultural sector. The border reference price is the free on board prices in the case of exportables and cost, insurance and freight price in the case of importables. 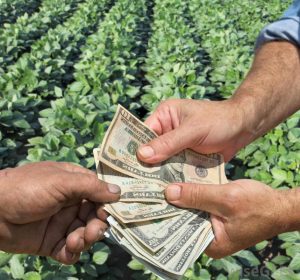 Food Subsidies This apart, there is an important subsidy linked to the agricultural sector and that is the food subsidy. The twin policy of providing market support to the foodgrains producers and supplying atleast a part of the requirement to consumers at reasonable prices, along with the policy of maintaining a buffer- stock of required quantity for national food security, involved cost in the form of meeting the differences between the economic cost and issue prices of foodgrains.

There are several types of Federal Farm Subsidies:

AGRICULTURAL SUBSIDIES IN MADHYA PRADESH – AN OVERVIEW (Issues and Solution)

The marginalized farmers, the main target audience for the government to come up with subsidies in the first place are found wanting of the same. Effectively, the more well off farmers end up taking more than their fair share.

The government fails to recover its costs because of taxation issues and is thus led to borrow from other sources. Ineffective taxation policies end up taking their toll on the government’s developmental plans.

The APMC Act was set up by the government, as a means to improve the efficacy of the process of the farmers getting their rightful price due to them, through the establishment of middlemen acting as links to the chain. Sadly though, their main prerogative was rendered ineffective, due to their own middlemen.

The APMC act established mandis, where farmers auction their produce. The presence of middlemen, effectively multiplied prices at each level which thus led to higher prices and lower profits for the farmers.

A proposed solution strategy to be effective would need to work on three basic levels.