Although the growth performance of the manufacturing industry in a region is not policy-neutral, it cannot be considered that the observed pattern of growth rate is the concomitant outcome of a particular policy per se. If Madhya Pradesh did not do so well in industrial growth, it could be due to the difference in some structural as well as region-specific conditions. The question that must be asked is why a certain region, notwithstanding its richness of resources-both natural and human, has perpetually remained at the lowest rung of industrialization and no diversification in the industrial structure has taken place during over three decades of efforts of reducing disparities through stress on industrialization in the backward areas. It is particularly significant to find as to why a state’s major industries (constituting more than three-fourths of the total) based practically on locally available natural resources have not diversified to related industries, for example, engmeenng goods, chemicals, food products, and wood based industries. More than that during the reform period Madhya Pradesh lost the concentration advantage of electrical machinery and electricity. This is a serious set back of the economy.

Poor rate of capital formation is considered as one of the major constraint which has been responsible for slow rate of industrial growth in Madhya pradesh.

Madhya pradesh is still backward in respect of its infrastructural facilities and it is an important impediment towards the industrialization of the country. Thus in the absence of proper transportation (rail and road) and communication facilities in many parts of the country, industrial development could not be attained in those regions in-spite of having huge development potentialities in those areas. 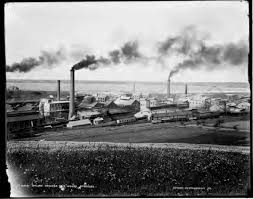 Poor Performance of the Agricultural Sector

In recent years, a strong tendency to produce rich men’s goods has been established among the large industrial houses. Accordingly, the production of “white goods” like refrigerators, washing machines, air conditioners etc. expanded substantially along with the other luxury products.  But the production of commodities for mass consumption has recorded a slow growth rate. This clearly reveals a ‘distortion of output structure’ of Indian industries, resulting in a recessionary tendency in the market of these luxury products in recent years.

Poor Performance of the Public Sector

In-spite of attaining a substantial expansion during the planning period, the performance of public sector enterprises remained all along very poor. A good number of such enterprises are incurring huge losses regularly due to its faulty pricing policy and lack of proper management necessitating huge budgetary provision every year. Thus, the public sector investment failed to generate required surpluses necessary for further investment in industrial sector of the state.