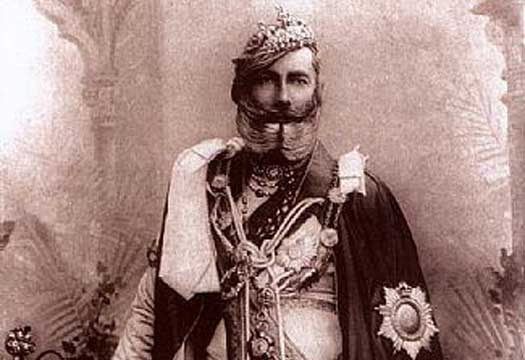 Bundelkhand lies between the Indo-Gangetic plains and the Vindhya mountain range in India. As per mythological texts, Dandaka, the son of Ishwaku (one of the earliest Aryan kings), set up this kingdom of Bundelkhand. His descendents set up the Chedi kingdom, which is even mentioned in the epic Mahabharata. In the historical period, Bundelkhand came under Mauryan rule. Their rule was followed by the Vakatakas and subsequently the Kalachuris. Then in the medieval period, there was the rule of the Chandelas, followed by the Bundela Rajputs, while the Gurjara Pratiharas, Gonds, Moghuls, and Marathas provided overlordship for the region. Finally the British governed the area in the nineteenth century.

The Chandela or Chandel was Indian Rajput clan of Central India. They were popularly termed as Chandelas or Jejakabhukti dynasty in Indian history. A section of the Chandelas which was also known as Chandela Dynasty ruled much of the Bundelkhand region of Central India for long periods approximately 500 years between the 9th and the 13th centuries AD. In those days, Bundelkhand region was popularly known by the name of Jejakabhukti. The Chandel dynasty is famous in Indian history for Maharaja Rao Vidyadhara, who repulsed the attacks of Mahmud of Ghazni and also for his temples art and sculpture. They become more popular for the artistically sculptured temples, made during their rule in Central India. These temples are unique and more talked among people, due to introduction of eroticism as one of the subject in sculpture work, carried out in outer-walls of temples.

Rajputs of Chandela dynasty are the descendants of the sage Chandratreya, son of the moon. Many legends are in the air about the origin of this dynasty. The capital city of Chandels was Khajuraho which was later changed to Mahoba. The former capital city was a part of Pratihara kingdom. Nannuk, a ruler of small kingdom was the founder of Chandela Dynasty. Khajuraho was a strong hold of Nannuk who was considered as the chief of his clan. Vakapati succeeded his father in the first quarter of tenth century. Vakapati had to often assist Pratiharas in the battle field, as he was a liegeman of them. Some inscriptions prove that his territory extended till Vindhya hills. Jaishakti, the elder son, succeeded the throne and was successful in extending his empire. Jaishakti, the elder brother who ruled first, was also called Jai Jak and from this name the region ruled by the Chandelas acquired the name of Jaijikbhukti. He was succeeded on the throne by his younger brother, Vajaishakti. According to inscriptions, Vijaishakti conquered a number of neighboring areas. Rahil, the son of Vijaishakti, lead the throne after him. The village Rahilya which is situated in south west of Mohaba was named after him. There he also built a tank known as Rahilyasagar and a temple on its banks, He had ruled for twenty years. He was succeeded by his son Harshdev around 900 A.D.

He extended his dominion in his twenty five years of rule. During his reign, Rashtrakuta King Indra III, invaded and captured Kannauj. He had helped the Pratihara King Mahipal I to get back Kannauj. He further strengthened his position by marrying Kanchuka, a princess of a Chauhan clan of the Malwa region. After Harshdev’s death Yashorvarman, son of Harshdev succeeded him. He began to take over the neighbouring areas of the Rashtrakuta kingdom. He proved to be an able general and a brave warrior. He captured Kalinjar and extended his empire in the north and in the south. He reached the banks of the Yamuna in one direction and the borders of Chedi and Malwa in the other. Chandellas became stong by these military conquests.

Bundela, Rajput clan that gave its name to Bundelkhand in north-central India. The Bundelas, whose origin is obscure, emerged in the 14th century. They won prominence when they resisted the Afghan emperor, Shēr Shah of Sūr, who was killed while besieging their fortress of Kalinjar in 1545. The Bundela Bir Singh of Orchha, in collusion with Akbar’s son, Prince Salīm (later Jahāngīr), ambushed and killed the Mughal emperor’s confidant, Abu al-Faḍl ʿAllāmī, in 1602.

The Bundela territories were important because through them ran the route from the Deccan to the Yamuna-Ganges doab. But they were hilly, remote, and difficult to control. The Mughals suppressed many insurrections until the Bundelas called in the Marathas (1729). After many vicissitudes the tract passed under British control in the early 19th century. The fortress of Kalinjar was taken in 1812.

The monuments of Orchha in Madhya Pradesh was built during 16th – 17th century. The fine architecture in this ancient town is intricate and enchanting. Orchha, situated on the banks of river Betwa, is picturesque and rich in art. The design of each building, fort and temple just glow with aesthetic charm. Raja Mahal and Chaturbhuj Temple are two of the earlier buildings in the Orchha fort complex. There are several buildings in the Orchha complex which have been built by different Bundela rulers.