Aristotle is one of the greatest thinkers in the history of western science and philosophy, making contributions to logic, metaphysics, mathematics, physics, biology, botany, ethics, politics, agriculture, medicine, dance and theatre. He was a student of Plato who in turn studied under Socrates. Although we do not actually possess any of Aristotle’s own writings intended for publication, we have volumes of the lecture notes he delivered for his students; through these Aristotle was to exercise his profound influence through the ages. Indeed, the medieval outlook is sometimes considered to be the “Aristotelian worldview” and St. Thomas Aquinas simply refers to Aristotle as “The Philosopher” as though there were no other.

One of Aristotle’s most influential works is the Nicomachean Ethics, where he presents a theory of happiness that is still relevant today, over 2,300 years later. The key question Aristotle seeks to answer in these lectures is “What is the ultimate purpose of human existence?” What is that end or goal for which we should direct all of our activities? Everywhere we see people seeking pleasure, wealth, and a good reputation. But while each of these has some value, none of them can occupy the place of the chief good for which humanity should aim. To be an ultimate end, an act must be self-sufficient and final, “that which is always desirable in itself and never for the sake of something else” (Nicomachean Ethics), and it must be attainable by man. Aristotle claims that nearly everyone would agree that happiness is the end which meets all these requirements. It is easy enough to see that we desire money, pleasure, and honor only because we believe that these goods will make us happy. It seems that all other goods are a means towards obtaining happiness, while happiness is always an end in itself.

According to Aristotle, happiness consists in achieving, through the course of a whole lifetime, all the goods — health, wealth, knowledge, friends, etc. — that lead to the perfection of human nature and to the enrichment of human life. This requires us to make choices, some of which may be very difficult. Often the lesser good promises immediate pleasure and is more tempting, while the greater good is painful and requires some sort of sacrifice. For example, it may be easier and more enjoyable to spend the night watching television, but you know that you will be better off if you spend it researching for your term paper. Developing a good character requires a strong effort of will to do the right thing, even in difficult situations. 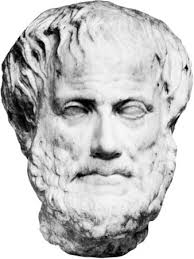 Another example is the taking of drugs, which is becoming more and more of a problem in our society today. For a fairly small price, one can immediately take one’s mind off of one’s troubles and experience deep euphoria by popping an oxycontin pill or snorting some cocaine. Yet, inevitably, this short-term pleasure will lead to longer term pain. A few hours later you may feel miserable and so need to take the drug again, which leads to a never-ending spiral of need and relief. Addiction inevitably drains your funds and provides a burden to your friends and family. All of those virtues — generosity, temperance, friendship, courage, etc. — that make up the good life appear to be conspicuously absent in a life of drug use.

Confucius lived during the Spring and Autumn period (777 BC to 476 BC) of the Eastern or Later Zhou Dynasty (770 BC – 256 BC).  It was a time in China’s history when the great Zhou dynasty had broken down and the country was divided among rival factions.  Confucius traveled from State to State to teach what he believed to be the best approach to government and civilization.

Wherever he went, he sought positions in government as an advisor or administrator, but only briefly held a few such posts.  While he attracted a large number of students and followers, his views and advice were not popular among the kings nor were they considered practical.  A number of his students were able to make successful careers in government; perhaps they were more flexible or more politic.

The writings of Confucius would seem to appeal to a feudal lord.  Confucius taught that the subordinate owed obedience and honor to his superior.  This began in the home where the father was held to be the absolute ruler.  The family was to follow him in all decisions and look to him for guidance and wisdom.  This principle, filial piety, was then applied to the organization of civilization and government.  The individual household owed allegiance and obedience to the local ruler who in turn honored and obeyed those above him.

Confucius relished the idea of ceremony and promoted it as a means to serve as a visual and behavioral reminder of rank.  The external signs or rituals of society were to regulate both day to day exchanges as well as the ceremonies of State.  Rank was dignified by rituals as well as privilege.  Each rank would have specific roles in religious and political ceremonies and would be limited to certain ceremonies they could conduct.  Included in the idea of ceremony were the clothes that you were to wear, the insignias on the clothing or your carriage, the style of hat worn on special occasions, where you could and could not walk, and even the colors you were allowed to use in clothing and decoration.  Only the Emperor was to use and wear certain colors of gold, crimson, and purple.

One would think that rulers would embrace such a militaristic organization of the population.  However, Confucius also taught that rulers must be responsible to their subordinates.  They earned their privilege through promoting the welfare of the populace.  When a father or a ruler betrayed that trust, the children or the subjects had the right and duty to disobey, to overthrow the ruler.  At heart he was a humanist.  When Confucius did manage to secure a position in court in one of the kingdoms, he didn’t last long.  The kingdoms were preoccupied with war. Resources which Confucius thought should be spent on benevolence were channeled into either defense of territory or the acquisition of new territories.

Confucius seldom stayed in a place for a long time.  Either the kings and dukes didn’t have much patience with the idea of tempering their power and he was quickly dismissed or he would leave in disgust when prescribed rituals were violated.  He despaired when he would witness minor nobles engage in the rituals of kings.  He felt insulted when the proper courtesies due his rank were abridged or forgotten altogether.  He left disciples and students behind who had been exposed to a radical form of thought.   Perhaps, in part. because he traveled so extensively, Confucian thought spread widely following his death.  His students carried it to all corners of China.  It influenced other forms of Chinese philosophy such as that of Mencius and the Legalists.  As a philosophy it was a deliberate consideration of the function and responsibility of government and society.  It contained a moral code that applied to the minutia of greeting a friend as well as to the proper function and ethics of government.   By the time that the King of Qin (221 BC) conquered the neighboring States and declared himself as Shi Huang Di, Emperor of China, Confucianism was a powerful force.  As one of his first acts as emperor, Huang Di ordered that all of the books of Confucius should be burnt and the Confucian scholars executed.  Huang Di then embarked upon a total reorganization of society and government, one based on absolute power, forced labor, conscripted military, and central control.  In a few short years he was able to join and lengthen the Great Wall, build roads, dig canals, and build the great mausoleum at Xi’an for himself.  The violence and disrespect for traditional values led to the overthrow of the Qin dynasty only 21 years after its inception.  The Han dynasty, which replaced it, returned to Confucian principles and lasted until 220 AD.