Maulana Azad was not only this century’s most articulate votary of Hindu-Muslim unity but also the only one erudite aalim (Islamic scholar) who claimed Quranic sanction for his faith in that unity and the freedom of the nation.

Maulana Abul Kalam Azad is, by any reckoning, a major figure in twentieth-century Indian History. He was a scholar thoroughly trained in the traditional Islamic sciences, with great intellectual abilities and eloquence of pen and speech. He had, in addition, a remarkable openness to modern western knowledge even as he opposed western rule over India.

Azad made a lasting contribution to Urdu prose literature with his translation and interpretation of the Qur’an.— Tarjuman-ul-Quran. The intellectual history of Islam in India has long been described in terms of two contrasting currents: the one tending towards confrontation, the other towards assimilation, with the Hindu milieu. This dichotomy is, of course, an oversimplification, for separatist and syncretist represent extreme points on a spectrum of possible intellectual responses by Muslims to the Indian scene.

In his youth, Azad had been totally inexperienced in politics. Now with a full knowledge of what was involved, he had proved that his religious faith could guide him in the area of general principles, and give him strength for the 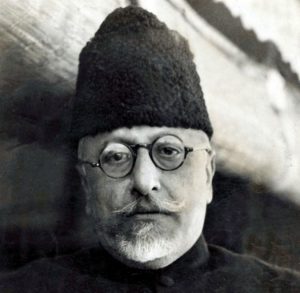 difficulties he had to face.Maulana Azad earned a reputation for ‘absolute impartiality’ and ‘unimpeachable integrity’ which served him well, particularly in the years after independence.

The major concern of Azad’s life was the revival and reform of the Indian Muslims in all spheres of life, and his political hopes for them were within this context.For any such reform, he realised the key position of the ulema and of the traditional educational system which produces them. This was why he pinned his early hopes on the Nadwat ul-Ulema under the leadership of Shibli. Such was Azad’s vision concerning matters internal to the Muslim community.

He had never contemplated any other political possibility, and when incidents of communal strife in the 1920s threatened Hindu-Muslim unity, and then in the 1930s and 40s the Pakistan movement gathered strength, his spirit rebelled against those trends.