Ram Manohar Lohia (1910 – 1967) divides his views into three parts. In the first part, Lohia’s conception of international society is discussed. Lohia agrees with Gandhi and Nehru that the international society is basically composed of the nation-states. They are the dominant actors. They create order in international society. However, Lohia was thoroughly dissatisfied with that order as he perceives that the society is highly stratified between the hegemon (powers) and the peripheral powers. In order to rectify that order, Lohia suggests a strategy. The second part discusses that strategy. Being an idealist, Lohia wants to do away with unjust order c-.nd suggests long term strategy to transcend that order. So that the society of states can be transformed into a society of men. This strategy elaborated by Lohia for the global order and peace.

Lohia was firmly convinced that the approximation (full development of human personality) of human race was not possible with the existing concept of international relationship. He, therefore, favoured a new idea of people to people relationship in place of government to government relationship which dominates the international affairs today. Every one has been striving for the unity of mankind. This strivings have been expressed through the need of one God, or one world or even onenesB of all animal life. According to Lohia, aspiration for unity of Godhead was intimately connected with the aspiration for the political unity of mankind.

Justice even in world order can not be achieved without the establishment of equality of man in that society. He writes that all those who desire for world peace through the world government must aspire to achieve a world view of equality against class or caste or regional inequalities. Lohia conceives equality not only within a nation but also among nations and that such equality must not be limited to the field of law. The concept of equality must embrace economic, political and social and other areas also. Material equality among nations appears more difficult to 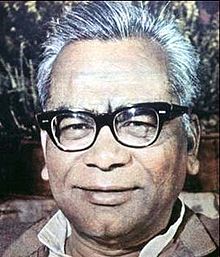 achieve than material equality within the nations. No nation can for long remain equal within its frontiers-if it is unequal against other nations. As water finds its level, human society tends to approximate to its lowest  levels, provided these levels are otherwise not raised.

Lohia views equality in four aspects, viz., inward and outward as well as spiritual and material, he pleads for an integrated approach. He advocated, “Equality must therefore, be grasped in all its four meanings. Material equality must mean the outward approximation among nations as well as the inward approximation within the nation. Spiritual equality must mean outward kinship as much as it means inward equanimity, kinship, material equality within the nation and among nations is worthy to become a supreme  aim of life and its purpose.

Lohia’s concept of justice also implies an urge to end all forms of colonialism and political rule of one nation over another. He considers colonialism as a shame to mankind and a serious impediment to the growth of an equal world. In the preface to Marx, Gandhi and socialism, Lohia writes, “National freedom is on the way to becoming men’s irremovable property… No people shall now be allowed to exercise direct rule over another. Indirect control, oppressions may continue and their fate shall be part of the wider fate of the total fight against injustice. But direct political  rule of one nation over another belongs to the irrevocable past.