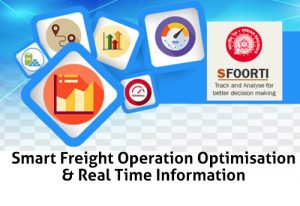 ·         Reliance Jio planning to launch its own cryptocurrency

ð  Starting with IRS-1A in 1988, ISRO has launched many operational remote sensing satellites. Today, India has one of the largest constellations of remote sensing satellites in operation. Currently, *thirteen* operational satellites are in Sun-synchronous orbit – RESOURCESAT-1, 2, 2A CARTOSAT-1, 2, 2A, 2B, RISAT-1 and 2, OCEANSAT-2, Megha-Tropiques, SARAL and SCATSAT-1, and *four* in Geostationary orbit- INSAT-3D, Kalpana & INSAT 3A, INSAT -3DR.

ð  Varieties of instruments have been flown onboard these satellites to provide necessary data in a diversified spatial, spectral and temporal resolutions to cater to different user requirements in the country and for global usage. The data from these satellites are used for several applications covering agriculture, water resources, urban planning, rural development, mineral prospecting, environment, forestry, ocean resources and disaster management.

ð  This is a Satellite Based Augmentation System (SBAS) implemented jointly with Airport Authority of India (AAI). The main objectives of GAGAN are to provide Satellite-based Navigation services with accuracy and integrity required for civil aviation applications and to provide better Air Traffic Management over Indian Airspace. The system will be interoperable with other international SBAS systems and provide seamless navigation across regional boundaries. The GAGAN Signal-In-Space (SIS) is available through GSAT-8 and GSAT-10.

This is an independent Indian Satellite based positioning system for critical National applications. The main objective is to provide Reliable Position, Navigation and Timing services over India and its neighbourhood, to provide fairly good accuracy to the user. The IRNSS will provide basically two types of services

ð  AstroSat is the first dedicated Indian astronomy mission aimed at studying celestial sources in X-ray, optical and UV spectral bands simultaneously. The payloads cover the energy bands of Ultraviolet (Near and For), limited optical and X-ray regime (0.3 keV to 100keV). One of the unique features of AstroSat mission is that it enables the simultaneous multi-wavelength observations of various astronomical objects with a single satellite.

ð  AstroSat with a lift-off mass of 1515 kg was launched on September 28, 2015 into a 650 km orbit inclined at an angle of 6 deg to the equator by PSLV-C30 from Satish Dhawan Space Centre, Sriharikota. The minimum useful life of the AstroSat mission is expected to be 5 years.

ð  Mars Orbiter Mission is ISRO’s first interplanetary mission to planet Mars with an orbiter craft designed to orbit Mars in an elliptical orbit of 372 km by 80,000 km. Mars Orbiter mission can be termed as a challenging technological mission and a science mission considering the critical mission operations and stringent requirements on propulsion, communications and other bus systems of the spacecraft.

ð  Chandrayaan-1, India’s first mission to Moon, was launched successfully on October 22, 2008 from SDSC SHAR, Sriharikota. The spacecraft was orbiting around the Moon at a height of 100 km from the lunar surface for chemical, mineralogical and photo-geologic mapping of the Moon. The spacecraft carried 11 scientific instruments built in India, USA, UK, Germany, Sweden and Bulgaria.