These are generally not formula determined and for the bulk of the amount, are often conditional upon various actions at the state level including putting up the matching amounts. Thus, while the block grants (for State Plan and other block grants) by definition are unconditional transfers and therefore the issue of their utilisation is not a major concern, for the other grants the actual utilisation can be different from the allocations made; if the gap is large, then it can be a cause for concern. 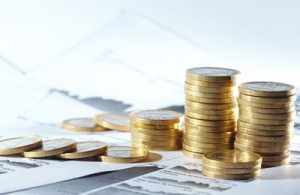 In terms of facilitating utilisation, a grantor agency has limited tools in its hands. These include, inter alia, the design of the scheme (to eliminate disincentives for utilisation), the actual transfer mechanism, and the timing. In terms of design, when one is considering conditional transfers which all the schemes under examination are, it is almost tautological to observe that the more conditions there are, and the more difficult they are to meet, the less would be the utilisation. For example, a specificpurpose transfer without any matching requirement is likely to be utilised to a higher extent than one with such a requirement. Similarly, the transfer mechanism can also influence utilisation; in times of resource constraints, grants on a reimbursable basis have less chance of high utilisation than those provided at least partly on advance basis. The importance of timing of transfers hardly needs an explanation: it is sufficient to state that grants received at the fag end of the year have little chance of getting spent usefully within that year. In the selected special category states that this report separately covers, there is also a seasonal dimension to the issue of timing. All the special category states in India have the problem of extreme weather; in the northeastern states it is the monsoon season that is characterised by heavy rainfall and in the states of Jammu & Kashmir (excluding the relatively lower areas of Jammu), Sikkim and northern parts of Arunachal Pradesh, it is the winter with heavy snowfall. During these months of extreme weather, developmental work is substantially hampered, and funds received cannot be gainfully employed.

Under-utilization of Plan outlays by the States can be attributed to the institutional and procedural bottlenecks in the process of implementation of Plan schemes and deficiencies in the planning process being followed at the district level. These factors listed below need to be addressed in order to strengthen States’ ability to better utilize higher magnitudes of allocations for the social sectors :

An assessment of functioning of different Plan schemes shows that efficient utilization of the available funds in the Central schemes is a concern and there is scope for improving the effectiveness of these schemes by way of revisiting some critical factors like the design of scheme, flow of funds etc. The institutional and procedural bottlenecks in planning, fund flow and fund utilization processes need to be removed through concerted efforts by both the Centre and the States. The restructuring of the Centrally Sponsored Schemes (CSS) as being carried out now by the Union Government for the current Five Year Plan by following the roadmap suggested for this purpose by the B. K. Chaturvedi Committee can help take care of some of the deficiencies related to planning and budgetary processes. This includes bringing down the total number of CSS significantly, transferring some of the schemes to States, and doing away with the practice of Central funds being routed outside the State Budgets and State Treasury system. Moreover, there is also a need for imparting a lot of flexibility to the States vis-à-vis the norms, guidelines and unit costs in the Central schemes.

However, the underperformance regarding fund utilization in the Central schemes is also rooted in the fact that some aspects of the fiscal policy being followed over the last decade have resulted in systemic weaknesses in the government apparatus in social sectors across many States. The country’s fiscal policy needs to shift its focus in order to enable the State Governments to increase Non-Plan spending in the social sectors along with Plan spending on the same so that the problem of shortage of staff could be addressed effectively.