The United Nations (UN) is an intergovernmental organization established on 24 October 1945 to promote international cooperation. It was founded to replace the League of Nations following World War II and to prevent another conflict. When it was founded, the UN had 51 Member States; there are now 193. Most nations are members of the UN and send diplomats to the headquarters to hold meetings and make decisions about global issues. 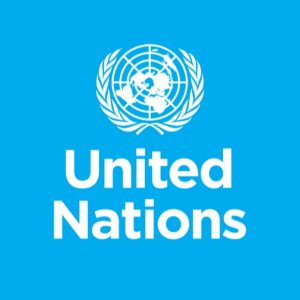 The UN system is based on five principal organs:

The International Court of Justice.

The Economic and Social Council (ECOSOC),

A sixth principal organ, the Trusteeship Council, suspended operations in 1994

Four of the five principal organs are located at the main UN Headquarters in New York City. The International Court of Justice is located in The Hague, while other major agencies are based in the UN offices at Geneva, Vienna, and Nairobi. Other UN institutions are located throughout the world. The six official languages of the UN, used in intergovernmental meetings and documents, are Arabic, Chinese, English, French, Russian, and Spanish.

The United Nations General Assembly (UNGA or GA) is one of the six principal organs of the United Nations (UN), the only one in which all member nations have equal representation, and the main deliberative, policy-making and representative organ of the UN. Its powers are to oversee the budget of the UN, appoint the non-permanent members to the Security Council, receive reports from other parts of the UN and make recommendations in the form of General Assembly Resolutions. It has also established numerous subsidiary organs. Its current President is Peter Thomson.

The Secretariat is the United Nations’ executive arm. The Secretariat has an important role in setting the agenda for the UN’s deliberative and decision making bodies of the UN (the General Assembly, Economic and Social Council, and Security Council), and the implementation of the decision of these bodies. The Secretary-General, who is appointed by the General Assembly, is the head of the secretariat. Present Sectary General is Antonio Guterres from Portugal.

The International Court of commonly referred to as the World Court, ICJ or The Hague) is the primary judicial branch of the United Nations (UN). Seated in the Peace Palace in The Hague, Netherlands, the court settles legal disputes submitted to it by states and provides advisory opinions on legal questions submitted to it by duly authorized international branches, agencies, and the UN General Assembly.

The ICJ is composed of fifteen judges elected to nine-year terms by the UN General Assembly and the UN Security Council from a list of people nominated by the national groups in the Permanent Court of Arbitration.

It has charged with the maintenance of international peace and security as well as accepting new members to the United Nations and approving any changes to its United Nations Charter. Its powers include the establishment of peacekeeping operations, the establishment of international sanctions, and the authorization of military action through Security Council resolutions; it is the only UN body with the authority to issue binding resolutions to member states. The Security Council held its first session on 17 January 1946.

The Security Council consists of fifteen members. The great powers that were the victors of World War II—the Soviet Union (now represented by the Russian Federation), the United Kingdom, France, Republic of China (now represented by the People’s Republic of China), and the United States—serve as the body’s five permanent members. These permanent members can veto any substantive Security Council resolution, including those on the admission of new member states or candidates for Secretary-General. The Security Council also has 10 non-permanent members, elected on a regional basis to serve two-year terms. The body’s presidency rotates monthly among its members. Security Council resolutions are typically enforced by UN peacekeepers, military forces voluntarily provided by member states and funded independently of the main UN budget. Present President is Tekeda Alemu.

The United Nations Economic and Social Council (ECOSOC) is one of the six principal organs of the United Nations, responsible for coordinating the economic, social, and related work of 15 UN specialised agencies, their functional commissions and five regional commissions. The ECOSOC has 54 members. It holds one four-week session each year in July, and since 1998, it has also held an annual meeting in April with finance ministers heading key committees of the World Bank and the International Monetary Fund (IMF).

The World Bank focuses on poverty reduction and the improvement of living standards worldwide by providing low-interest loans, interest-free credit, and grants to developing countries for education, health, infrastructure, and communications, among other things. The World Bank works in over 100 countries through:

UNAIDS
• The Joint United Nations Programme on HIV/AIDS is co-sponsored by 10 UN system agencies: UNHCR, UNICEF, WFP, UNDP, UNFPA, UNODC, the ILO, UNESCO, WHO and the World Bank and has ten goals related to stopping and reversing the spread of HIV/AIDS.

UNOPS
• The United Nations Office for Project Services is an operational arm of the United Nations, supporting the successful implementation of its partners’ peace building, humanitarian and development projects around the world.

IAEA
• The International Atomic Energy Agency is the world’s centre for cooperation in the nuclear field. The Agency works with its Member States and multiple partners worldwide to promote the safe, secure and peaceful use of nuclear technologies.

WTO
• The World Trade Organization is a forum for governments to negotiate trade agreements, and a place where member governments try to sort out the trade problems they face with each other.

OPCW
• The Organisation for the Prohibition of Chemical Weapons is the implementing body of the Chemical Weapons Convention (CWC), which entered into force in 1997. OPCW Member States work together to achieve a world free of chemical weapons.

IOM
• The International Organization for Migration works to help ensure the orderly and humane management of migration, to promote international cooperation on migration issues, to assist in the search for practical solutions to migration problems and to provide humanitarian assistance to migrants in need, including refugees and internally displaced people.