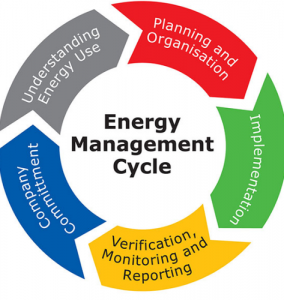 The Government of India has set up Bureau of Energy Efficiency (BEE) on 1st March 2002 under the provision of the Energy Conservation Act, 2001. The mission of  Bureau of Energy Efficiency is to assist in developing policies and strategies with a thrust on self-regulation and market principles, within the overall framework of the Energy Conservation Act, 2001 along with the primary objective of reducing energy intensity of the Indian economy.

The National Mission for Enhanced Energy Efficiency (NMEEE) is one of the eight national missions under the National Action Plan on Climate Change (NAPCC). NMEEE consist of four initiatives to enhance energy efficiency in energy intensive industries which are as follows: 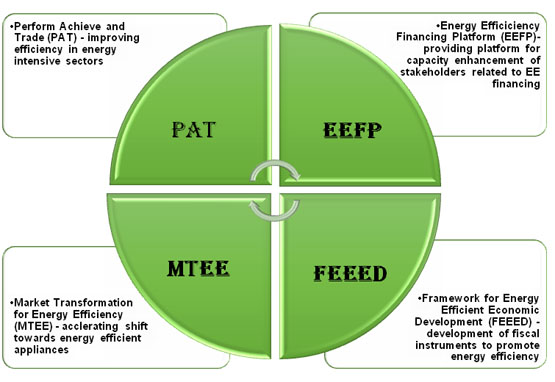 India has become power surplus from chronic power shortage. Record capacity additionof around one-fifth of current conventional power capacity and solar power capacity addition of 157% in the last two years led to a boost in power generation. The highest-ever increase in transmission lines and sub-stations improved the transmission scenario resulting in energy deficit falling to lowest ever of 2.1% in 2015-16.

Energy Crisis can be described as a situation in which a country suffers from frequent disruptions in energy supplies because of large and increasing gaps between availability and demand of electricity accompanied by rapidly increasing energy prices that threaten economic and social development of the nation.