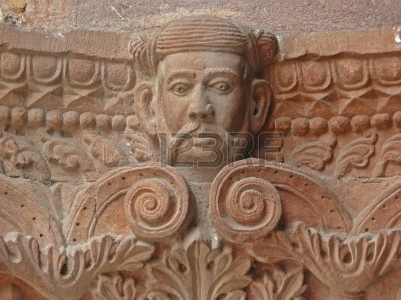 The Holkars are perhaps one of the most popular royalties in the history of Madhya pradesh, particularly because they contributed greatly and also had a distinctive style of their own. The Holkar clan of Indore are basically from the Dangar clan that is found in Maharashtra. The origin of the Holkar dynasty was initiated with Malhar Rao who worked under the Peshwas of Maratha in 1721.  He later was promoted as a Subedar, however, it was later that Malhar Rao and his descendents, who became Maratha kings, later went on to become the rulers of Indore as an independent kingdom. However, after 1818, Indore was recognized as a princely state under British rule until it became a part of the state of Madhya Pradesh after Indian independence.

The Holkars were great connoisseurs of art and they were great collectors as well who were famous for their collections of jewellery and cars. After the fall of the great Mughal Empire, the Holkars of Indore gained greater control in the late 1900s. The Holkars, who were actually goatherds or Dhangar later developed into one of the most powerful royalties in India. The Holkars inhabited a region that was the most fertile in arid Central India and made Indore their capital. After a tumultuous period during their war with the British and the Scindias, the Holkars signed the Treaty of Mahidpur in 1818 in which they settled down to rule peacefully. This is the time when the Holkars amassed a huge collection of jewellery which was later lost and vanished without a trace.

After Tukoji Rao his son Yashwant Rao Holkar (also called as Jaswant Rao) took control over the empire. Yashwantrao is another name that is known for his generosity, helping nature and bravery. He was given the title of ‘Maharajadiraj Rajrajeshwar Alija Bahadur’ in honour of his bravery that he portrayed by shaking hands with Mughal  Emperor Shah Alam II to free Delhi from the British in the unsuccessful Second Anglo-Maratha War. The title was given by the grateful Shah Alam himself.

As the results of the war didn’t turn to be in Holkar’s favour, the outcomes were to be faced. A treaty was signed with the British; the treaty of Rajghat. It was signed in 1805 and since then he was recognised as a Sovereign King.

Later the state was ruled by many successors of the Holkar Dynasty. With time capitals also kept on shifting until the Third Anglo-Maratha War, when the territory was incorporated into the British Raj and the capital was shifted to Indore for the last time before the divisions of Independent India.

Influences over the years

The Holkars were strongly influenced by the British way of life- be it their language, culture, clothes and cars. Their lavish lifestyles and their suave modern mannerisms made them incorporate new styles and trends in a rather traditional environment. Furthermore, they forged foreign alliances through marriages and their foreign wives brought about great changes in their traditional perspectives. The Holkars were great patrons of cars, which was perhaps a royal obsession as all Indian royals vied each other over possessing the most popular car. The Holkars were very liberal in their outlook and were the first royal family to personally drive their own vehicle. Maharani Chandravatibai Holkar was the first female driver in India.

Richard Shivaji rao Holkar along with Sally, his American wife were the ones who revived the Maheshwari saree and fabrics of Indore. The Maheshwari is a particular type of handwoven cloth that was started by Maharani Ahilyabai in 1760 wherein she ordered for special weavers from Surat who produced fine Maheshwari cloth which is a silk/cotton woven cloth with a small zari border. Sally Holkar co-founded the Rehwa Society in 1978 and also established the Women Weave Charitable Trust to popularize the craft and provide the rural women a source of income.

Maharani Ahilya Bai Holkar (1725 – 1795) was the Holkar Queen of the Maratha ruled Malwa kingdom, India. Rajmata Ahilyabai was born in the village of Chondi in Jamkhed, Ahmednagar, Maharashtra. She moved the capital to Maheshwar south of Indore on the Narmada River.

Her husband was killed during the siege of Kumher in 1754. In 1754, on request of support from Mughal Emperor Alamgir II, Ahilya Bai’s husband Khanderao Holkar laid the seize of Kumher fort of Jat Maharaja Suraj Mal of Bharatpur State who had sided with Alamgir’s rebellious vizir Siraj ud-Daulah. Khanderao was inspecting his troops on an open palanquin in the battle of Kumher when was hit and killed by a cannonball from the Jat army. After his death in 1754, his father Malhar Rao prevented his wife Ahilya Bai from committing sati. Malhar Rao Holkar died in 1766, 12 years after the death of his son Khanderao. Malhar Rao’s grandson and Khanderao’s only son Male Rao Holkar became the ruler of Indore in 1766, under the regentship of Ahilyabai, but he too died within few months on 5 April 1767. Ahilyabai became the ruler of Indore after the death of her son with Khanderao.

Among Ahilyabai’s accomplishments was the development of Indore from a small village to a prosperous and beautiful city; her own capital, however, was in nearby Maheshwar, a town on the banks of the Narmada river. She also built forts and roads in Malwa, sponsored festivals and gave donations for regular worship in many Hindu temples. Outside Malwa, she built dozens of temples, ghats, wells, tanks and rest-houses across an area stretching from the Himalayas to pilgrimage centres in South India. The Bharatiya Sanskritikosh lists as sites she embellished, Kashi, Gaya, Somnath, Ayodhya, Mathura, Hardwar, Kanchi, Avanti, Dwarka, Badrinarayan, Rameshwar and Jaganathpuri. Ahilyadevi also supported the rise of merchants, farmers and cultivators to levels of affluence, and did not consider that she had any legitimate claim to their wealth, be it through taxes or feudal right.

There are many stories of her care for her people. In one instance, when her minister refused to allow the adoption unless he was suitably bribed, she is said to have sponsored the child herself, and given him clothes and jewels as part of the ritual. To honour the memory of Ahilyadevi Holkar, in 1996 leading citizens of Indore instituted an award in her name to be bestowed annually on an outstanding public figure. The Prime Minister of India gave away the first award to Nanaji Deshmukh.