During the late 18th century (what was known as the Dark Age), the society in Bengal was burdened with a host of evil customs and regulations. Elaborate rituals and strict moral codes were enforced which were largely modified, and badly interpreted ancient traditions. Practices like child marriage (Gouridaan), polygamy and Sati were prevalent that affected women in the society. The most brutal among these customs was the Sati Pratha. The custom involved self-immolation of widows at their husband’s funeral pyre. While the custom in its original form gave choice to the women to do so, it gradually evolved to be a mandatory custom especially for Brahmin and higher caste families. Young girls were married to much older men, in return for dowry, so that these men could have the supposed karmic benefits from their wives’ sacrifice as Sati. More often than not the women did not volunteer for such brutality and had to be forced or even drugged to comply.

Raja Ram Mohan Roy was abhorred by this cruel practice and he raised his voice against it. He spoke freely and took his views to the higher ups in the East India Company. His passionate reasoning and calm perseverance filtered through the ranks and ultimately reached the Governor General Lord William Bentinck. Lord Bentinck sympathised with Roy’s sentiments and intentions and amid much outcry from the orthodox religious community, the Bengal Sati Regulation or Regulation XVII, A. D. 1829 of the Bengal Code was passed. The act prohibited the practice of Sati Daha in Bengal Province, and any individual caught practicing it would face prosecution. Raja Ram Mohan Roy’s name is thus etched forever as a true benefactor of women not just for helping abolish the custom of Sati, but also raising his voice against child marriage and polygamy, while demanding equal inheritance rights for women. He was also a great opponent of the rigid caste divisions of his time. 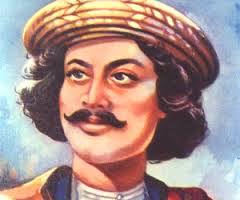 Ram Mohan Roy vehemently opposed the unnecessary ceremonialism and the idolatry advocate by priests. He had studied religious scriptures of different religions and advocated the fact that Hindu Scriptures like Upanishads upheld the concept of monotheism. This began his quest for a religious revolution to introduce the doctrines of ancient Vedic scriptures true to their essence. He founded the Atmiya Sabha in 1928, and the first meeting of this new-found religion as held on August 20 that year. The Atmiya Sabha reorganised itself into the Brahma Sabha, a precursor organisation of the Brahmo Samaj. The primary facets of this new movement were monotheism, independence from the scriptures and renouncing the caste system. Brahmo religious practices were stripped bare of the Hindu ceremonialism and were set up following the Christian or Islamic prayer practices. With time, the Brahma Samaj became a strong progressive force to drive social reforms in Bengal, especially women education.

Ram Mohan viewed education as a medium to implement social reforms so he came to Calcutta in 1815 and the very next year, started an English College by putting his own savings. He wanted the students to learn the English language and scientific subjects and criticized the government’s policy of opening only Sanskrit schools. According to him, Indians would lag behind if they do not get to study modern subjects like Mathematics, Geography and Latin. Government accepted this idea of Ram Mohan and also implemented it but not before his death. Ram Mohan was also the first to give importance to the development of the mother tongue. His ‘Gaudiya Byakaran’ in Bengali is the best of his prose works. Rabindranath Tagore and Bankim Chandra also followed the footsteps of Ram Mohan Roy.

The most famous disciple of Ramakrishna was Nerendranath Dutta. Who became renowned as Swami Vivekananda. After the death of Ramakrishna in 1866 Vivekananda came forward to fulfil his mission. Vivekananda was born in Calcutta in 1863 in a Kayasta family. He was well educated in school and college. First he was attracted towards Brahmo Samaj and then drank deeply into the philosophy of John Stuart Mill, Hume and Herbert Spencer. Then he was persuaded to visit Ramakrishna.

Vivekananda realized the value of Western materialism. The scientific achievements and the material happiness of the West impressed him deeply. He desired for the combination of Indian spiritualism and Western materialism for a happier life of a man. He then made it a mission of his life to awaken the Indians from the slumber to a new life. He believed that man had divinity and the spark of spirituality in him.  Every individual therefore should give up fear and rise from degradation and be a noble man. By preaching about spiritual unity he advocated for a sense of national unity which attracted millions of Indians to his side. To organize social service and to infuse a sense of unity among men he founded an order to the Sanyasis or monks called Rammakrishna Mission in 1897.

Vivekananda condemned blind beliefs. He wanted to see every Indian as a modern man with a modern and rational outlook. He therefore said that I would rather see every one of your rank atheists than superstitious fool, for atheist is alive and you can make something of him. But if superstition enters, the brain is gone, the brain is softening, and degradation has seized upon the life.

Vivekananda told his countrymen to be tolerant towards each other. “We reject none, neither theist, nor pantheist, monist, polytheist, agnostic, nor atheist, the only condition of being a disciple is modelling a character at once the broadest and the most intense”, he said. He further said, “I shall enter to the mosque of the Mohammedan; I shall enter the Christian’s church and kneel before the crucifix; I shall enter the Buddhist temple where I shall take refuse in Buddha and his law, I shall go into the forest land sit down in meditation with the Hindu who is trying to see the light which enlightens the heart of everyone. Not only shall I do these but I shall keep my heart open for all that may come in the future.”

Through these words he could impress upon every Indian a sense of brotherhood that resulted in strengthening the unity of Indians. Vivekananda condemned the Indian orthodox in harsh terms “Our religion is in the kitchen, our God is in the cooking-pot, our religion is: do not touch me, I am holy”. He narrated that superstitions had destroyed much of Hindu spirituality. By reminding those of their spiritual value Vivekananda generated the spark of self-confidence among the Indians which indirectly infused a sense of democratic consciousness as democracy rested on self-respect and individuality of every man.

Vivekananda drew the attention of Indians towards the values of Western ways of life. He opened the link between Indian minds and external things. The West appeared to him as the land of material civilization. The spirit of that civilization to him was essential for Indian progress. Therefore he declared “From the great dynamo of Europe, the electric flow of that tremendous power vivifying the whole world, we want that energy, that love of independence, that spirit of self-reliance, that immovable fortitude, that dexterity in action, that bond of unity of purpose that thirst for improvement”.